Guernsey is the largest island within the Bailiwick and the second largest Channel Island, after Jersey. 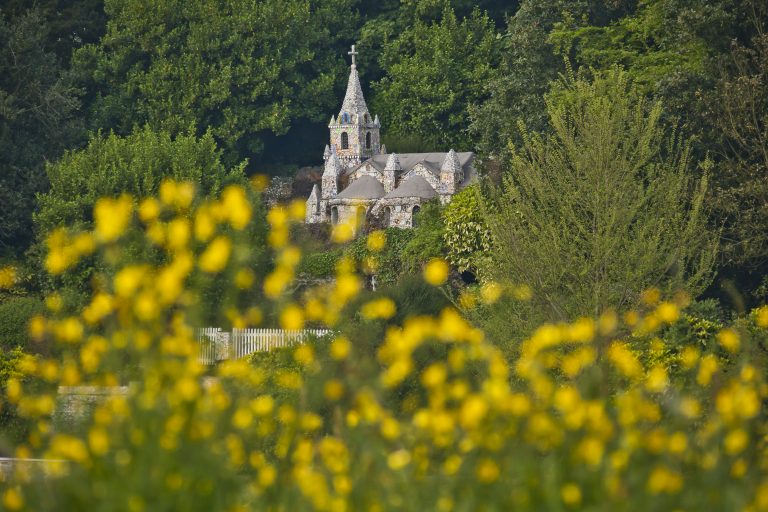 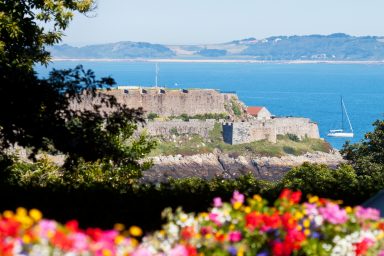 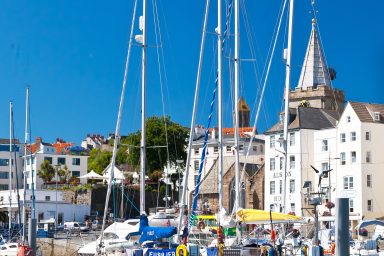 There are two options for travelling to Guernsey – by plane or by ferry. Whether you arrive at the airport or harbour the Fermain Valley Hotel is just a five to ten minute drive away, and our complimentary shuttle bus can be booked to pick you up if you don’t have your own transportation.

Guernsey’s main town (and location of the harbour) is St Peter Port. It’s an unbelievably picturesque town with winding cobblestone streets, cafes and restaurants with al fresco dining, boutique shops, a castle surrounded by the sea, and of course plenty of fishing boats and yachts bobbing in the water.

The island’s coastline is probably its most famous aspect. The West and North coasts are predominately made up of white sandy beaches, lapped by crystal clear waters. The East and South coasts feature dramatic cliffs and valleys, laced with beautiful footpaths, all offering breathtaking views of the sea and neighboring Channel Islands. The cliff top paths have regular branches off down to the sea if you fancy a dip, a bit of coasteering or even a surf!

Inland the island has a rural French feel about it with small winding lines, granite houses, fields and small villages. Many of the smaller roads are designated ‘Ruette Tranquille’ with a speed limit of 15mph, so are perfect for exploring by bike.

Guernsey has a rich history and culture, and as a result of its strategic location in the Channel it has seen many times of conflict, changing hands from France to the United Kingdom. More recently it was invaded by the German Army during World War Two, and the forts, bunkers and batteries built during the war are still dotted around the island today.

Guernsey – a unique way of life

Guernsey is unashamedly unique and has fought hard to maintain its individuality over the years. Here’s a few quirky examples of what we think makes Guernsey quite so special: